Children, toddlers, infants, and newborns all get sick from time to time, but parents are often more worrisome when their infant or newborn appears to be sick. This is because they can’t verbalize what they’re feeling. Here are seven common (and uncommon) conditions and some symptoms to look out for.

Nearly 5% of all children under the age of five have some sort of food allergy. Eggs, milk, peanuts/tree nuts, shellfish, soy, and wheat are among the most common food allergies with nuts and fish causing the most severe reactions. Other allergens May include dust mites, grass, and pet dander. Common symptoms of allergies in children include:

Allergies can be minor or cause life-threatening symptoms that require an Epipen. Reactions to allergies can also be delayed or immediate.

Acne doesn’t only affect pre-teens and teens— it’s actually very common in babies too. These small red and white bumps can appear on the cheeks, nose, and forehead. It’s not exactly clear what causes baby acne, but the good news is that it clears up on its own without any scarring. So there’s no need to use specially formulated washes or anti-acne cream on your baby.

Colic is when a baby fusses and/or fries frequently for no apparent reason— meaning they’re not hungry or need a diaper change. Colic can start as early as a few weeks after birth, but doesn’t usually last past four months of age. Having colic is defined as crying for at least three hours a day, for at least three days a week, and for more than three weeks at a time. Symptoms may include:

Colic often manifests in around one-fifth of infants between the second and fourth weeks of life. More than just being fussy, a baby with colic is sobbing uncontrollably, occasionally yelling, arching his back and then straightening it out, awake while everyone else is asleep, flushed, and continuously hungry but never satiated. This typically happens in the late afternoon or early evening and continues despite the parents’ best efforts to stop it for hours. Even in the worst situations, colic normally goes away before the baby becomes three months old. This process repeats itself every day.

Ear infections are one of the most common conditions among young children— babies included. It can be much harder to identify the symptoms of an ear infection in babies since they can’t verbalize the pain they’re feeling. Ear infections put pressure on the part of the ear that connects the middle ear and throat. To limit your baby’s risk of developing an ear infection, you can feed him/her their bottle while they’re sitting up as opposed to lying down.

Fevers in newborns and infants aren’t the same as fevers in adults or even young children. Keep in mind that fevers aren’t always bad— our body temperature rises as it tries to fight off an infection. However, babies younger than three months with a fever need to be seen by a doctor to ensure that nothing is wrong. For babies three to six months, you should also contact their pediatrician if they appear sick and have a fever up to 102 degrees (Fahrenheit) or if they have a fever higher than 102 degrees (Fahrenheit)— even if they don’t appear sick.

Fever-reducing drugs may be used in the treatment of fever at home. Acetaminophen and ibuprofen are two of these so-called antipyretic medications. These two medications seem to have comparable efficacy in lowering fever. Use of ibuprofen is permitted for

It’s not clear what causes colic, and it also can’t be prevented. However, it doesn’t cause any short or long-term problems.

Neonatal jaundice is common in newborn babies, with yellowing of the skin and eyes occurring anywhere from the second and fourth day after birth. Jaundice can go away on its own within a week or two, but light therapy can resolve more severe cases of jaundice. In some cases, jaundice can become much more severe over time with symptoms such as:

Jaundice is caused by an excess of bilirubin, which is necessary in very small amounts. Premature babies and breastfed babies are at a slightly higher risk of developing jaundice.

In certain cases, the face develops jaundice first, followed by the chest and belly, and eventually the arms and legs. Additionally, the eye whites may be yellow. Twenty-four hours after birth, most facilities now regularly check babies for jaundice using a noninvasive portable light metre. Based on the baby’s age, skin colour, and other characteristics, the physician may conduct a skin or blood test to determine whether jaundice is present. A bilirubin test is usually required to accurately diagnose jaundice in newborns if it appears before the infant has been alive for twenty-four hours. When your infant is at home and your jaundice suddenly worsens, call your paediatrician.

NEC is an intestinal infection that can be life-threatening for newborns. Premature infants who consume a cow milk-based formula (such as Similac or Enfamil) are at the greatest risk for developing necrotizing enterocolitis. Mothers who are able to breastfeed are encouraged to do so with their infants— especially if they’re premature— but not all mothers are able to do this, and rely on formula. Unfortunately, the majority of formulas are cow milk-based, causing many parents to file a necrotizing enterocolitis lawsuit, which you can learn more about here. May visit https://sellformula.com/ pertaining to the different kinds of formula milk

Remember that not all babies will develop these conditions— aside from fevers since these happen from time to time. If you have any concerns about your baby’s health, contact their pediatrician. 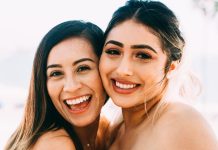 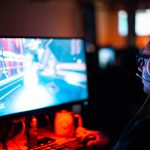 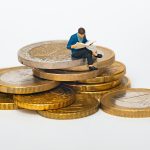 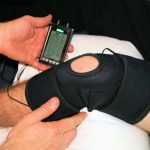 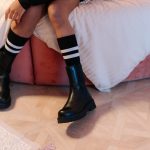 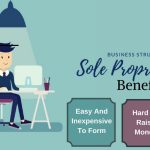