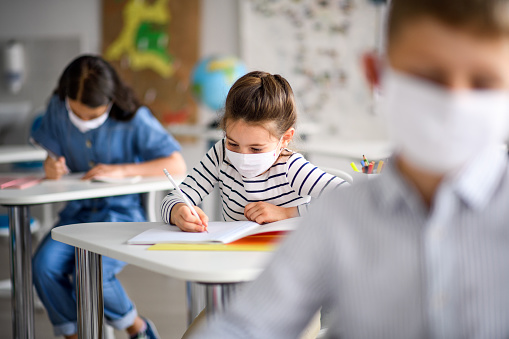 Deciding to move to a new country is a big choice, especially if you’ll be bringing kids along. Many parents worry about the effect on their children’s education, and whether they’ll settle in a new country. That’s why one of the first things that a potential ex-pat will think about is their child’s schooling, and luckily, there are quite a few options available for children moving to a new country. While it varies from place to place, here are some of the options ex-pats are likely to have.

British, American, or other international schools

Popular areas for ex-pats will often have international schools. While these are often called British, American, or French schools, they’re open to local and ex-pat children from all countries. However, the lessons will be in the language of the country running the school, so in British schools, for example, the majority of the spoken language will be English, but there will usually be local language lessons to help kids integrate into the new country.

International schools often offer an amazing education for young people, as they get to meet kids from around the world, without feeling like the odd one out. Enrolling your child in the International Senior School in Bangkok means that their education that started in their home country won’t be interrupted. They’ll follow a similar curriculum to home and instead of getting local qualifications, they’ll aim for internationally recognized qualifications. This means that if they want to go to university in their home country, they should meet admission requirements.

Some other advantages of international schools include:

It’s worth keeping in mind that international schools are fee-paying, although they usually charge less than private schools in the UK, Europe, or the USA. Some employers even offer a package that includes fees for your children, so consider your funding options before you make your choice.

If you have older children who don’t want to follow the academic route, then they may be interested in taking local vocational courses. For example, pursuing an automotive course could lead to a rewarding career as a mechanic or repairperson. Of course, it’s important to do your research before you sign them up. Some courses are only available to those older than the school leaving age, and if it’s an apprenticeship, then you may need to sponsor their visa.

Expat children don’t have to go to international schools as a default. Local schools are often an option, and if you’re a permanent resident, you may not have school fees. The main downsides are that quality varies a lot. Many European countries have great schools, but in the Middle East and Asia, some areas are a lot better than others. Also, your child will need to quickly be able to pick up the local language. For very young children, this isn’t a big deal, but as they get older, it becomes more complicated. Some ex-pat children may also find settling hard, as they may be the only non-local child, so need to adapt quickly.

If you can’t choose a school for your child or are on the move a lot, then homeschooling can be a good option. It means your child doesn’t have to keep moving schools, and they can get a great education at home. However, the legality of homeschooling varies from country to country, and different areas can have different requirements. For example, home schooling is legal in Thailand, although you’ll need to submit an application and have an annual assessment to ensure your child is being properly educated. But in countries such as Spain, homeschooling is technically not legal and children must register in a school.

As a parent, you want to do the best for your child, and that’s not always easy. One of the most important parts of childhood is a good education, and if you move overseas, it’s important to find the right place to continue their schooling, so they can learn everything they need. 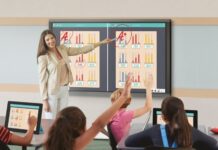 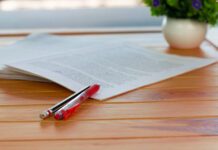 Where Can I Get Pre-Written Essays on Any Topic? 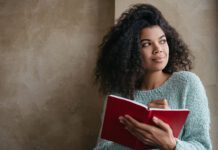 Who Can Help Me with My College Writing In 12 Hours? Nina Smith - May 25, 2022 0
Have you been harmed in an auto collision, nibbled by your neighbor's pet, or went through clinical negligence? Assuming this is the case, your... 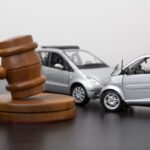 Nina Smith - May 25, 2022 0
You will likely be dealing with many issues after a car accident. These include repairs or replacement of your vehicle and dealing with insurance...

Ales Milano - May 25, 2022 0
Car accidents are not something we want to happen to us, which is more than obvious. But that does not mean that we should...

5 Tips On How To Choose The Right Biker Wallet For your Style –...

Billy Ochoa - May 25, 2022 0
A wallet is important for any man who is going out anywhere. It had necessary cash, and change along with documents like driver’s license...

How One Can Save Many Dollars While Paying the Mortgage Amount?

Andre Davos - May 25, 2022 0
Purchasing your dream house is quite exciting, but at the same time, it is stressful when you think of the loan repayment. You must...

Kim Penn - May 24, 2022 0
Pallet exchange is not a simple process. In some cases, it can be quite a nightmare for everyone involved. But, it is quite useful....

5 Tips On How To Resolve Disputes Without Going To Court

Kim Penn - May 24, 2022 0
Dealing with legal things and going to court is not something most people prefer, as depending on the issue, it can be time-consuming and...

Andre Davos - May 24, 2022 0
It is not a surprise that many people consider only modern medicine and doctors as reliable solutions when they are not feeling well. However,...

5 Reasons Why Every Woman Should Have A Silk Pajama Set

Andre Davos - May 24, 2022 0
For many people, there’s nothing better than a deep, comforting night of sleep. Drifting off and resetting your mind and body is a great...

Andre Davos - May 24, 2022 0
The education and development of a person are very important two things that need to be worked on from an early age. With the...