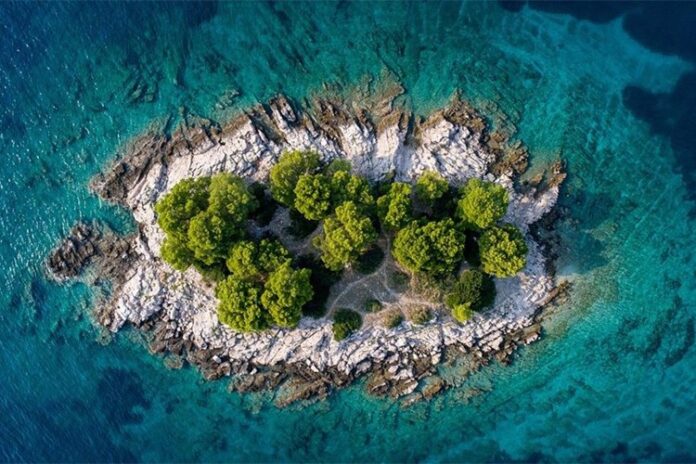 Does Croatia Will Be Your Next Holiday? So Before You Get Your Flight Tickets Booking And Hotels Deal. Kindly Check Below Top Attractions In Croatia That Helps You To Get Perfect Holiday.

With rocky, recessed coasts and more than a thousand islands, Croatia has one of the most beautiful coastlines that Europe has to offer. In addition, many coastal towns in Croatia have a fascinating history and are full of historical relics from the Roman and Venetian periods. List of the most popular tourist attractions in Croatia.

Dubrovnik is nicknamed the “Pearl of the Adriatic” and is one of the most famous tourist attractions in Croatia and the Mediterranean. This walled city was built on the basis of maritime trade. In the Middle Ages, it became the only city-state in the Adriatic region to compete with Venice and achieved amazing development in the 15th and 16th centuries. Dubrovnik is immersed in fascinating architectural and sculptural details and has spectacular churches, monasteries, museums, fountains, and famous walls surrounding the old city

Plitvice Lakes is considered one of the most beautiful natural destinations in Europe. Due to its natural beauty and importance, the system consists of 16 interconnected lakes and surrounding large forests and was designated a national park in 1949. The beautiful Plitvice Lakes is famous for its unique colors, including sky blue, green, blue, and blue. gray. The area around the lake is home to various animals and birds. Rare animals can be found here, such as European brown bears, wolves, eagles, owls, and bobcats, as well as many other common species.

Hvar Island, especially Hvar Island, is one of the most popular attractions in Croatia. Olive groves, orchards, and lavender fields account for a large part of the agricultural landscape. The town of Hvar is located in a picturesque natural bay, protected by the Pakleni island chain in the south, and is a popular port for yachts sailing on the Adriatic Sea, especially in summer. Starigrad, the oldest village on the island, and Jelsa, as well as some small villages, scattered on the coast or in the lush interior, are also well worth a visit.

Rovinj is one of the most beautiful towns in the Mediterranean. Pastel-colored houses are gathered in the winding streets, which is a good place. Rovinj is still an active fishing port, and tourists can take a boat to the beautiful offshore islands. The area around Rovinj is described as an “outstanding scenic wonder” because of its recessed coastline and the pristine beauty of its forests.

The sixth-largest island in Croatia, Korcula (Korcula) is separated from the mainland by a narrow strait. The capital of the island is also called Korcula Island. This ancient city, nicknamed “Little Dubrovnik”, is one of the most beautiful towns on the Croatian coast and is known for its unique architecture. One of the main attractions is the so-called birthplace of Marco Polo. The largest and most beautiful building on the island of Korčula is St. Mark’s Cathedral, which was built in the Gothic-Renaissance style and was completed in the 15th century.

The amphitheater in Pula is the sixth largest Roman arena in existence and one of the best-preserved Roman monuments in Croatia. The Pula Arena was built around the 1st century AD and can accommodate 26,000 spectators. In the 15th century, many stones were taken from the amphitheater to build houses and other buildings around Pula, but fortunately, this practice stopped before the entire building was destroyed. Today, it has become a popular attraction in Croatia and hosts various festivals and performances during the summer months.

The Palace of Diocletian is located in Split and was built by the Roman Emperor Diocletian to prepare for his retirement. He retired and lived in his palace, where there was his vegetable garden. After the Romans abandoned the site, the palace remained vacant for centuries. Today, many restaurants and shops and some houses can still be found within the fence.

Mljet Island is one of the larger islands off the coast of southern Croatia. 72% of the forest on Mljet Island is covered by forests, and the rest is dotted with fields, vineyards, and small villages, making it an ideal place for leisure. There are two salt lakes on the island, the Great Lake and Marlo Jezero, located at the western end of the island. In the middle of the Veliko Jezero, there is an island with an ancient Benedictine monastery.

The Euphrasian Cathedral in the 6th century is a famous travel attraction in the 2000-year-old town of Poreč in Istria. It is one of the best examples of early Byzantine architecture in the Mediterranean region. Although accidents, fires, and earthquakes have changed some details, it has largely retained its original shape. The current cathedral was built on the site of the old cathedral from the time of Bishop Euphrasius. The wall mosaics are performed by Byzantine masters, and the floor mosaics are performed by local experts.

It developed into two separate towns, Kaptol, the seat of the bishop, and Gradec, a free town inhabited by merchants and artisans. The towns merged in the 1770s and formed the northern part of historic Zagreb. The focal point of Gornji Grad is the square surrounding the parish church of St. Mark’s Church (Old Zagreb).

Things you should know about domestic abuse laws in Ventura